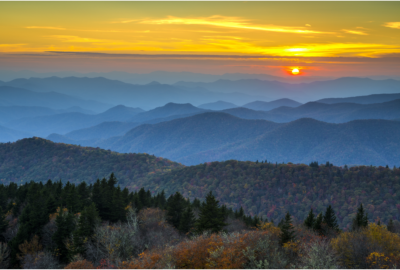 I have been meditating for a few years, and was part of a workshop recently where the facilitator had us listen to “layers of sound.”  I didn’t understand what she was talking about at first.  It sounded a little mysterious, and a little woo woo…. But I decided to try what she was asking.  And it’s not hard – I’ll show you. (This is an interactive blog post!)

Listen – right now – first, to the sounds that are farthest away – perhaps an airplane, perhaps a siren (if you’re in the City like I am), a dog barking in the distance…

Then to the sounds a little closer — the birds chirping, a car passing by, or the clip clop of shoes on the pavement of someone walking past your home.

Then to those sounds in the room – perhaps the hiss of the radiator, your snoring partner, your own dog or cat.

And then to those sounds in your body – you clear your throat, or your breathing…

All of these sounds are happening at the same time, of course.  But some are farther away and some couldn’t be closer.  As we focus on them one at a time, we can parse them out.

When I am mediating, and my clients begin to argue with each other, they often seem intently engaged in the conflict. It is almost like they are playing tug of war.  They may get into an argument that they’ve been having for years: “No you didn’t!” “Yes I did!” “You didn’t! “I did!” It is so easy to fall into this trap – we all do.

Sometimes, all it takes is for me, as an outside observer, to point out that I view their conflict from a different perspective.  If they can realize that my perspective is different from theirs, sometimes they can understand that their partner’s perspective might be valid, too.

What if, instead of responding to a conflict in kind – on the same level — we could teach ourselves to pivot our attention?  To step back (or to lean in)? To listen to what is not being said as well as what is?  To ask ourselves, what is the person really trying to communicate?  What is their body language saying? What is underneath the anger? Are they scared?  Hurt? Humiliated? What is going on underneath?  What could we hear that we don’t hear now?

What if we could hear layers of emotion as easily as layers of sound? Could we teach ourselves to be more compassionate?