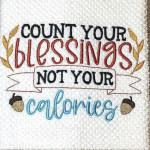 When I was in law school, I was active in an organization called PILA – the Public Interest Law Association. We raised money to sponsor paid summer internships for our fellow students to work at legal nonprofits. We would bake casseroles and sell lunch outside of faculty meetings and hold a yearly auction – real grassroots stuff. Then one year, my friend, Mary Marrow suggested that we hold a Thanksgiving pie sale. I was living in an apartment on 114th … read more » 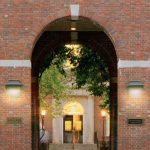 Compassionate lawyer??? Doesn’t that sound like an oxymoron? How do those 2 words go together? I’m learning about branding. That is my new tag. OK, let’s take a step back. In one of my past lives, when I was young and was trying to figure out how to make a positive impact on the world, I studied world religions in the Masters program at Harvard Divinity School. Although it was an amazing experience in many ways, I couldn’t figure out … read more »

I’ve taken to watching TikTok videos to wind down before I go to sleep.  I love the music and the stupid dad jokes and the dancing and the cute dog videos (have you seen scruffabella?).  But I’ve also started watching Cory Booker, who shares stories about kindness and compassion after his morning run.  This video is about 9 seconds.   It’s for those among us who are confronted by people who get on our last nerve.  For those who spend time … read more »

The first exercise they gave us in law school was about a sign that says “No Vehicles in the Park.” Seems simple enough.  But in this assignment, you go into the park and there is an old army tank up on a pedestal.  And then a kid rides by on a tricycle.  And then you see a woman pushing a double stroller.  And then there’s a teenager on a skateboard.  And that led to a nuanced discussion about what exactly is a … read more »

I’ve looked at life from both sides now From win and lose and still somehow It’s life’s illusions I recall I really don’t know life at all – Joni Mitchell, Both Sides Now These words could be a mediator’s anthem! A huge part of what we are trying to do is to understand the situation from both sides. This is very different from a court trial, which is based on the assumption that there is only one truth about what … read more »

Dear Joy, “I just want to get this done!” Sam said, gritting his teeth. “What can I do to push this along?”   I’d met with Sam and Jane over many months. * They had come so far. They’d already told the children, Sam had moved out, and they had (mostly) separated their finances. Jane found a part-time job that allowed her to be home by the time the children got out of school. The kids were going back and … read more » 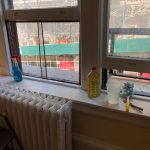 Sophie Gooddog and I spend a lot of time at my mom’s house.  We always stay in the guest room there.  A few weeks ago, my brother, who is allergic to dogs, was coming and was going to stay in that room. He asked me to vacuum it for him. But I knew that Sophie’s fur was only part of the problem. The room also needed a major dusting. It hadn’t had a real scrubbing in a long time. My mom, who is in her … read more »

I am helping a friend move out of her house this week.   She is packing up her big house to move to an apartment far away.  The move makes sense in so many ways, and she knows it, but that doesn’t make it easier. I take down her family photos so she doesn’t have to remember so many moments.  A set of dishes goes into storage in wait for her daughter.  So do the teddy bears and the favorite books.  … read more »

That is what psychologist Daniel Goleman has described as the fight or flight response.  The amygdala, a tiny almond shaped structure in our brains, sometimes acts almost reflexively.  When a lion is after you, the theory goes, you don’t have time to make a thoughtful, considered decision.  It’s time to go! Chris Rock was not a lion – and Will Smith wasn’t in physical danger.  But Will Smith obviously felt so threatened that he had to do something about it … read more »