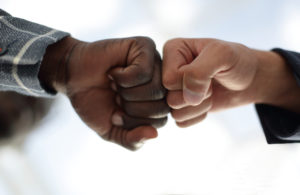 A big change is coming to the New York State court system. Starting this fall, all New York State courts will work on a system of “presumptive mediation,” which means that it will be assumed that every civil case filed can be resolved using Alternative Dispute Resolution (ADR) e.g. mediation, arbitration or early neutral evaluation. Instead of having to opt in – to affirmatively decide to mediate — parties may opt out.

Think of the difference between being presumed innocent until proven guilty — versus being presumed guilty until proven innocent. Presumptions reflect our expectations, and our expectations can have a real and significant impact on outcomes. As my colleagues, Abby Tolchinsky and Ellie Wertheim, recently wrote in the New York Law Journal,* this will be a sea change in our thinking and in the way courts are run.

The basic presumption of the litigation model is that parties cannot resolve a dispute themselves, and must rely upon the court to determine both the structure of the court process, as well as making a determination about the outcome. Judges’ decisions are based on the wording of the statute as well as precedent — what courts have decided before. This model reinforces a top-down, hierarchical way of thinking, in which the judge holds the most power, the lawyers, who have the right to speak in court and have the responsibility of being zealous advocates for their clients, are on the next level, and the parties are on the bottom rung. Although many clients wish to go to court in order to be heard (by the judge), the truth is that they very rarely get to air out their grievances there.

ADR, on the other hand, is based upon a philosophy of self-determination. It is built on the premise that the people who are involved in the dispute are, themselves, the experts on their situation, and they should be the leaders in determining how to resolve it. This is particularly powerful when those parties are family members because they are often going to have to make decisions together in the future. Mediation gives them the tools and a model for how to cooperate. The ADR model works from the bottom up — the whole point of mediation is to allow parties to be heard, both by the neutral mediator and by the other party. It allows parties to explain the nuances of their situations, and, if agreed upon, to be creative in how information is allowed to come in.

ADR is voluntary, which means that litigants will still have the opportunity to opt out if they find it inappropriate. ADR is often less formal, less expensive and less contentious, which usually results in the parties having a better experience as they seek to resolve their differences.

Presumptive mediation is better for the court system because it will allow the courts to reduce their caseloads, reduce the level of resources needed and to speed up trial times for those cases that really need them. But it is also better for the parties.

I am obviously a strong believer in ADR in general, and in mediation and collaborative law, in particular. I expect that this new model will lead to parties having more agency and participation — and control over their own destinies.  And hopefully, as Tolchinsky and Wertheim point out, it will lead to creative and nuanced outcomes in more and more cases.

As we used to say in a different context, Power to the people! Right on!