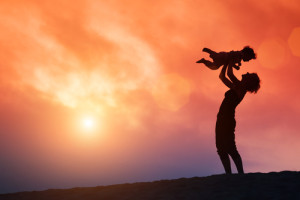 I have always been fascinated by families. They drive us crazy and they keep us sane. They are the rock upon which we stand, and can be the bane of our existence. We all know what it is like to be somebody’s child, and many of us know what it is like to be somebody’s parent or somebody’s sibling. But each of our experiences is so particular. So different. This article takes a closer look at 2 very basic questions – What is a family? What is a parent?

These may seem like easy questions, but what seems obvious is often not. In the homes of people across the country, parent-child relationships arise from biology, adoption, and custom. I have worked with adoptive parents, single parents, step-parents, foster parents, same-sex parents and teens who become guardians for their younger siblings. I have worked with Fresh Air Fund families who end up adopting, and with parents whose rights have been terminated yet end up raising their children after all. I have been awed by people who will step up to the plate when their nieces and nephews and grandchildren need help. All of these children deserve the love and protection of the grown ups who care for them, and all of these different configurations create family relationships. Yet the law tends to lag behind the pace of real life — not all of these families are legally recognized as such. Parenthood is considered a fundamental Constitutional right — so this is an important legal question.

New York State jurists have considered the question of who may be considered a parent for many years. There is a long line of cases regarding fathers. For instance, the Court of Appeals (New York’s highest court) made a 2006 holding stating that a man was responsible for child support even when there is DNA evidence proving that he was not related by blood. (Shondel J. v. Mark D.) In this case, Mark’s name was on the child’s birth certificate, he had supported, had gone to court to seek visitation of her, and had held himself out to be her father. The Court stated that the fact that he had established a parental relationship with her was enough to hold him responsible for being a father. In other words, relationship was more important than biology.

A new question has come up more recently — who is a mother? This question has arisen lately in regard to lesbian couples with children — usually with one mother being a biological parent and the other being a “second” parent. (There are different permutations of the issue if the couple uses an anonymous or a known donor, and if the couple is married or not.) The best way to guarantee a continued parental relationship is through a second parent adoption. Without creating the formal, legal relationship guaranteed by adoption, if the couple breaks up, there may be no guarantee that the child’s relationship with the “second” parent continues.

Last summer, the NYS Court of Appeals overturned a longstanding decision and determined that a woman who had actively planned to conceive and raise the child together with the biological mother at least had enough of a parental relationship to go to court to seek visitation and custody of the child. (Brooke SB v Elizabeth CC) This landmark decision, written by Hon. Sheila Abdus-Salaam (who died suddenly last month), overturned longstanding caselaw to prioritize the child’s relationship with the second parent over biology. She stated that the old caselaw “has inflicted disproportionate hardship on the growing number of nontraditional families across our state.” (Id.)

Will the Brooke SB decision be extended to families where one parent adopted? Or where the parents got involved after the child was conceived? This remains to be seen. Ian Parker’s recent New Yorker article, “What Makes a Parent?“, gives a detailed history of the case of Circe Hamilton and Kelly Gunn. In that case, Hamilton adopted a son by herself shortly after the couple broke up. At issue is whether Gunn is a second parent or a God parent. (The lower court said she did not have the standing of a parent, but it is currently on appeal.)

Another question that has arisen is whether a child who is born to two married mothers needs to be adopted by the non-biological mother. We will explore that soon.

In the meantime, it is clear that non-biological parents can protect their relationships with their children best through adoption. One of the services we provide is to help to get that legal ‘stamp of approval’ on family relationships that already exist. We do that by helping parents establish custody or guardianship, or through adoptions.