The first exercise they gave us in law school was about a sign that says “No Vehicles in the Park.” Seems simple enough.  But in this assignment, you go into the park and there is an old army tank up on a pedestal.  And then a kid rides by on a tricycle.  And then you see a woman pushing a double stroller.  And then there’s a teenager on a skateboard.  And that led to a nuanced discussion about what exactly is a vehicle? How do you interpret the rule on the sign? Thinking like this is exactly why lawyers are considered to be either really brilliant or really annoying!

A few weeks ago, I was staying with my mom at her summer house.  Sophie Gooddog and I went down to the local beach for our morning walk.  (Sophie and I rescued each other six months after my husband died in the beginning of Covid. We both have a little separation anxiety.) So I jumped in and started swimming, and Sophie did what she always does – sits quietly and waits.  Another dog came by. Sophie sat still and waited.  Some other people came into the beach. She still waited.

A new woman came on the beach. “Is this your dog?” She asked. “Yes,” I replied, thinking that she was going to comment on how well-behaved Sophie is. “There are no dogs allowed on the beach,” she said. “Oh” I replied as if I hadn’t read the sign that you have to pass to get onto the beach. 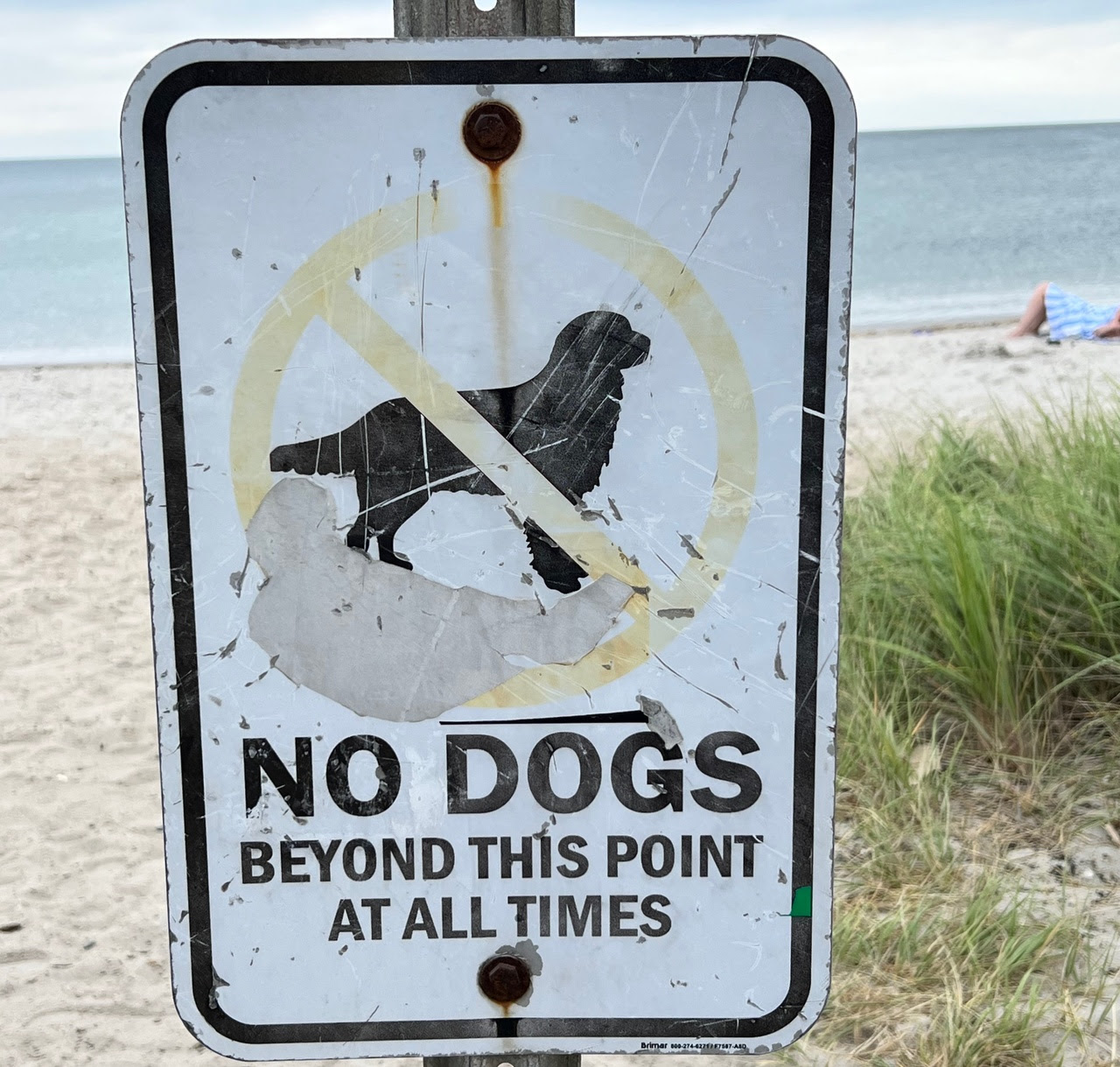 I kept swimming. I just wanted to finish two more laps. “There are no dogs allowed on the beach,” she repeated. “She’s really not bothering anyone,” I said. I got out of the water and took a shower. “There are no dogs allowed on the beach!” she shouted as I was in the shower. “Yes, I heard you.” I said. She repeated this again when I was drying off and again when I was putting on my shirt. By now she was in the water and I was dressed. She kept up her mantra. “Who are you, the police??” I exclaimed. She wouldn’t stop. I wasn’t going to have any kind of nuanced “no vehicles in the park” kind of talk with her.

One more try. “She’s a therapy dog,” I lied. “No dogs on the beach,” she repeated. That’s when I lost it. Finally, she said, “You could go to the other beach.” I responded loudly with some choice words about where she could go.

Sophie and I got in the car and drove off. I still can’t believe I responded that way! I spend all day long helping people smooth over their conflicts. And here I was, cursing out a perfect stranger. Why did she get under my skin like that? Did I just have a Will Smith moment? She was SO annoying! I just had to tell you – in case you think that mediators are beyond conflict. We are all so very human, aren’t we?