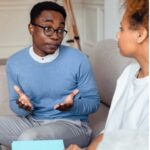 Bill and Melinda Gates recently announced that they are divorcing after 27 years.  Besides having to address their billions of dollars and their enormously influential foundation, this has brought attention to issues of a mature (or “gray”) divorce.  Like many other couples, they waited until their youngest child is about to go off on her own.  And they, like so many others, have to plan for a very different future.  Divorcing later in life comes up more often than you … read more »