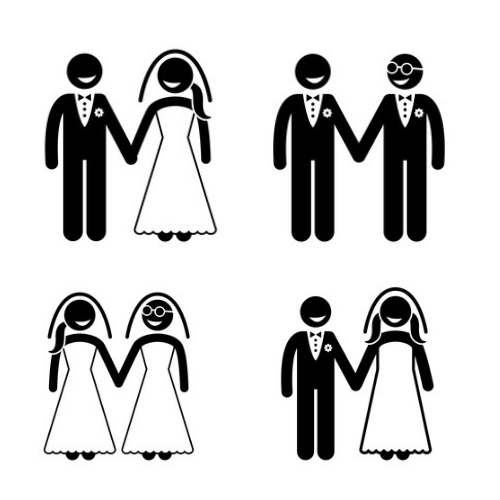 I am thrilled to let you know that this coming semester, I will be teaching New York family law at my alma mater, the CUNY School of Law in Long Island City. It is a community of the most amazingly creative, intelligent, and committed students and professors, all dedicated to law in the service of human needs. I am really honored to have this opportunity!

Over the next few months, I will use this space to share some of the concepts from the class with you. Let’s start with the first class: What is marriage? Who can you marry?

Fundamentally, marriage is a civil contract between two consenting adults. It is generally regulated by state law, which is why marriage and divorce laws vary from one state to another. And, as with all laws, it is defined by statute (written laws) and by case law (judges’ opinions). These, in turn, are influenced by public opinion, cultural mores, and the political atmosphere. And they greatly change over time.

Who can you marry?

For instance, there are laws about who may marry. The law is specific about how old you have to be. (In fact, the New York age requirement went up to 17 as of July 20, 2017.) People who are not capable of meaningful consent may not marry. Marriages between people in particular relationship to one another (e.g. certain relatives) are illegal, and it is illegal to be married to more than one person at one time. These laws are still on the books and are likely to remain there, I would think.

But there are two laws that were changed in my lifetime that seem incomprehensible to me now. The first is that interracial marriages were not legal in many states, and the other is that same-sex couples could not marry anywhere in the US until recently.

Like several southern states, Virginia had laws in place that prohibited marriages between people of different races, which were not overturned until 1967, when the US Supreme Court decided Loving vs Virginia. The wonderful film, Loving, is about the lives of Richard and Mildred Loving, who were at the center of the decision. Here is a link to the trailer for it.

Much more recently, of course, same-sex marriage was illegal. It was legalized in 2011 in New York and in all states via the US Supreme Court in 2015 in Obergefell vs Hodges. Here is a link to a short video about the path to Obergefell.

Even though the rules may seem like they have been set in stone for the ages, they are not. Laws about who one can marry change over time and change with the times.

What will change next?