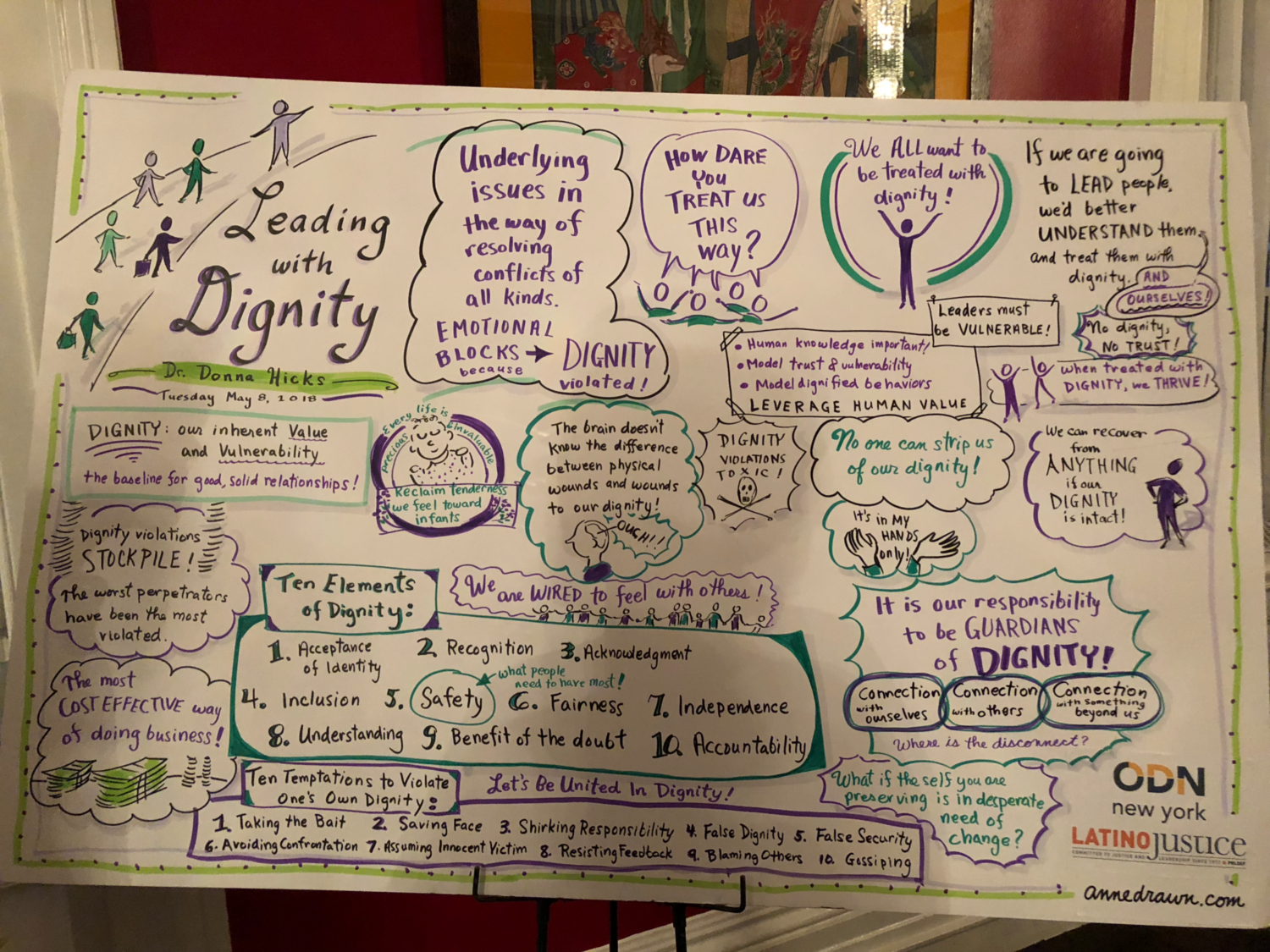 I am currently re-reading a book called Dignity: Its Essential Role in Resolving Conflict, which I found to be almost life-changing, by Donna Hicks, PhD. I had the wonderful opportunity to study with Dr. Hicks at Harvard Divinity School in January, and heard her again recently when she was speaking in New York City for ODN New York and Latino Justice. Anne Gibbons did a graphic map as Donna was speaking, a photo which accompanies this blog post. She did a masterful job capturing the essentials of Donna’s talk about Leading with Dignity.

Donna lists ten elements of dignity, and ten temptations to violate one’s own dignity. Basically, she says that to honor the dignity of others, you must hear what they are saying and acknowledge who they are, even if you don’t agree with them.

What strikes me in thinking about this concept is that the more I treat others with dignity, the more I bestow dignity upon myself. The more I treat others with elegance and grace and humility, the more I carry myself with class. And people treat me better as a result. When I am kind to my neighbor, or look into the eyes of a homeless person, or listen to an elder, it may seem that I am acting from a spirit of generosity. But, when I recognize the inherent worth of others, I am recognizing my own inherent worth as well. Acting with dignity is really a matter of self-care — one of the kindest gifts you can give yourself.